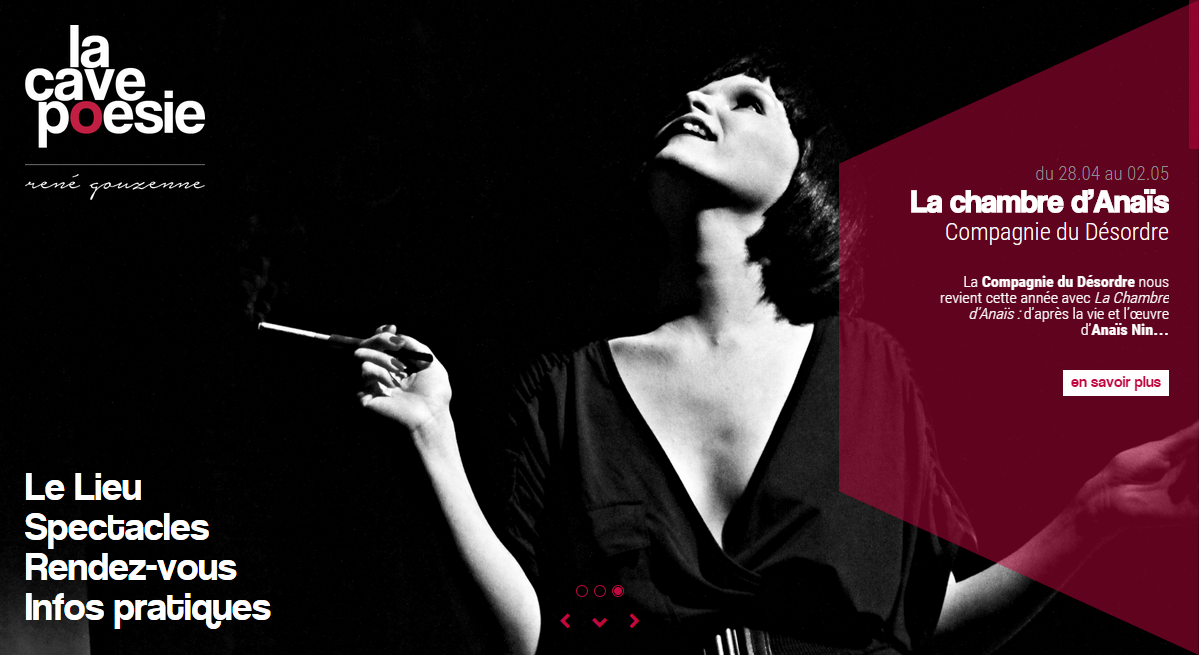 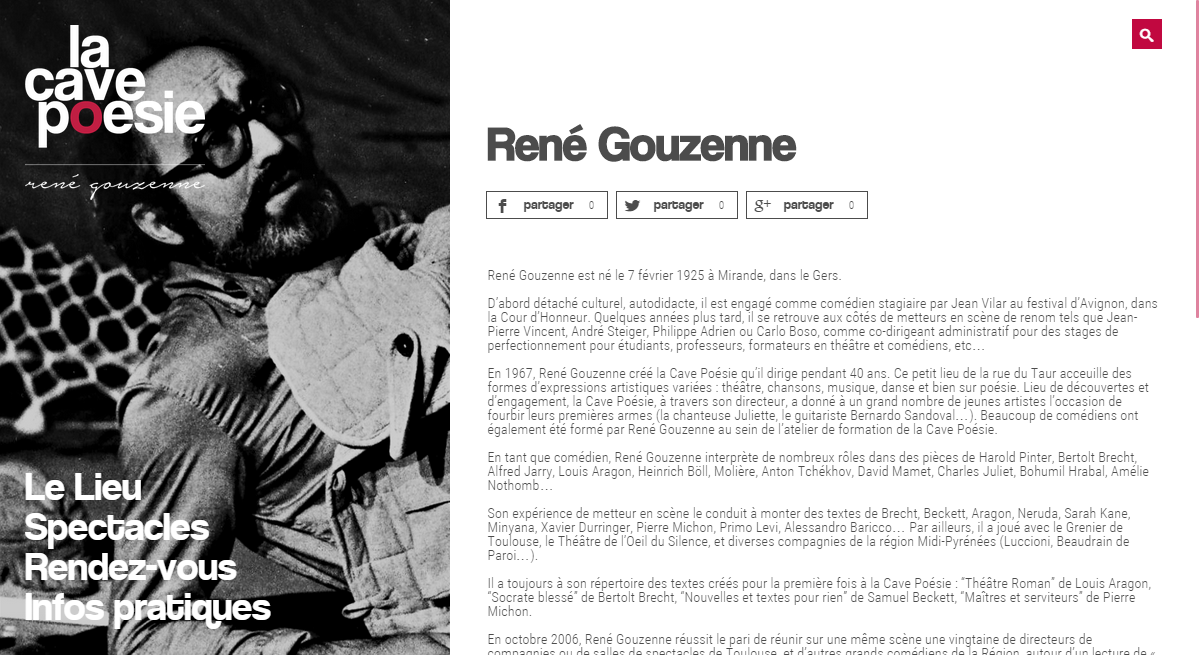 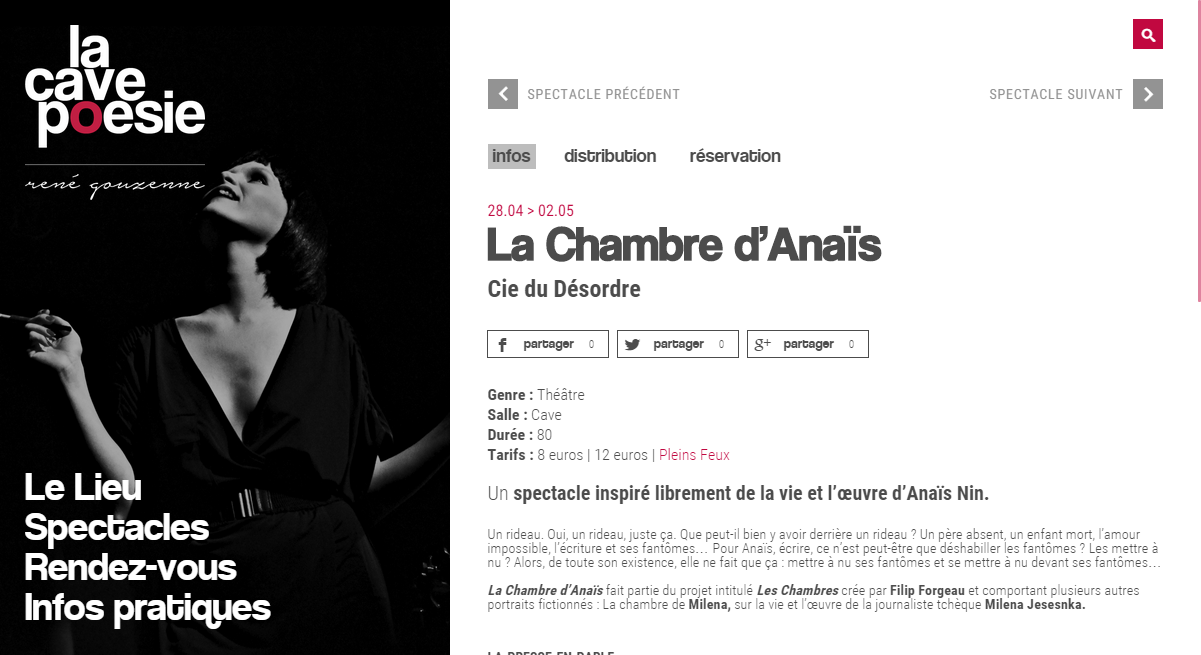 Following the work on its new communication, the Cave Poésie René Gouzenne wanted a new website allowing better access, a greater readability of the contents and more interaction with its users.

Respecting the graphic guidelines previously validated, the website is sleek and modern.

It respects the standards of Responsive Web Design and is based on the WordPress CMS, for which was developed a custom template requiring a lot of work both on the front-end and on the back-end.

Among other things, a management system was implemented to show the state of reservations for events in progress and to come. 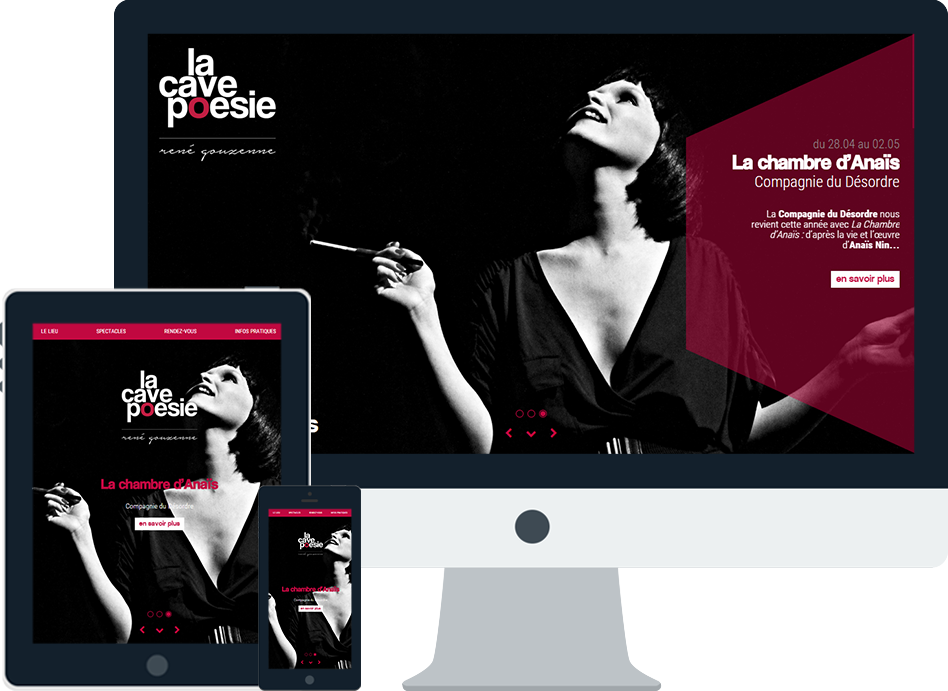